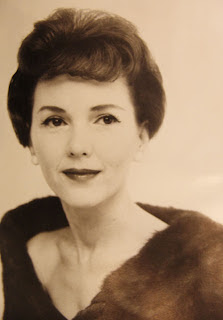 Always a lady... Grace Jones was a pioneer--in fashion and in flying.

Her store in Salado, Texas, became quite famous all over the world. "GRACE JONES" was so much more than a store. Because of Grace's keen eye and extraordinary taste, she raised the bar for FASHION--and her tremendous talent was sought after and studied. Even Stanley Marcus tried to hire her. However, Grace was independent. Born into one of the founding families of Texas, she was always her own woman.

Austin American Statesman Obituary
Posted by buglegirl at 10:04 AM No comments: