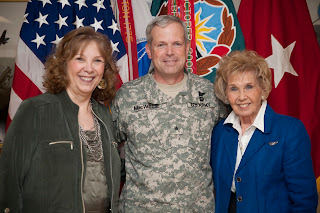 More information about WASP is available at www.wingsacrossamerica.us .
More on Deanie Parrish
More on Nancy Parrish
"WASP In Their Own Words, an Illustrated History," by Nancy Parrish
Posted by buglegirl at 6:30 PM 1 comment: