I never thought I'd be a part of the twitter generation--never thought I would send a 'tweet', and certainly didn't ever think I'd be encouraging other people to TWEET!
CONSIDER THIS YOUR ENCOURAGEMENT!
Did you know that you can SAY A LOT in 140 characters? It is the new--instant way to communicate--and, even tho you are limited to 140 characters, I HAVE ALREADY SAID MY 140 CHARACTERS TO ALL THE SENATORS WHO HAVE TWITTER ADDRESSES. AND, MONDAY, I'm going to start all over -- with new messages. Here are a few examples:

@SenChrisDodd We covet your sponsorship of S.614 to honor the WASP of WWII. 15 Women patriots from CT. Please call Mikluski & sign on. YNOT!

17 Senators still needed to CO-SPONSOR the bill--needs to be more than a blip on their radar screens. UCANHELP!http://tinyurl.com/cokrux

Listen to the WASP Speak: http://tinyurl.com/dakx33

@connectingwomen need 20 more senators to sign on to S.614 for the WASP of WWII. WOMEN HEROES ALL! CAN U HELP? http://tinyurl.com/cokrux

Any nation that does not honor its heroes will not long endure. Abraham Lincoln. Help us honor women heroes!http://tinyurl.com/cokrux

I have only been twittering about a week. I have tweeted and been retweated! I've sent the @ tweets--which goes directly to the person--and I've sent out plain tweets--which goes out to anyone-- and the RT -- which is a re-tweet of somebody else's tweet. In fact, I think you can actually read all my tweets--but only if you had absolutely nothing else to do with your time;)
POINT IS, it works. It is instant. It is quick, and it doesn't cost anything!
IT IS ALSO VERY SIMPLE:
1. sign on to a new account on twitter
2. find some friends & addresses that might be helpful (mine is @flygirls)
3. start sending messages!
*You do not have to be 'following' someone to send them a message--this I found out the hard way.
TWITTER ADDRESS of the Senators are on the "NOT" list--and, once you do that, send tweets to other folks you find--and ask them to do the same. Diane Sawyer at ABC, @Starbucks Coffee, @Oprah--TWEET, TWEET, TWEET! That is how it will spread--one tweet at a time!
It is really that simple--and you can do it from your computer.
MONDAY, APRIL 27, I INVITE YOU ALL TO JOIN THE BRAND NEW "TWEETING FOR THE WASP" CAMPAIGN--
SIGN UP AND TWEET!
Posted by buglegirl at 7:26 PM No comments:

TWENTY ONE TO GO!

COUNTDOWN TO MAY 8TH.
WITH YOUR HELP, it could be the FASTEST GOLD MEDAL BILL EVER TO REACH THE FLOOR!
TODAY is the day that we need to ACT -- that means YOU -- that means ME!
SENATOR HUTCHISON'S OFFICE HAS NOW SET A TARGET DATE OF MAY 8TH -- WHEN WE NEED TO HAVE 67 CO-SPONSORING SENATORS ON BOARD. THE COUNT IS NOW 46. 21 to go.
This bill to honor the WASP with the Congressional Gold Medal needs to be "THE TALK OF THE TOWN". It needs to be "THE LITTLE BILL THAT DID!" It does not need to sit in the Banking Committee another day.
If you've asked your friends for endorsements, FOLLOW UP. Make sure they have sent that email or letter. Have you called? Have you checked the list today? Check the "WHO"S NOT" list! You'll be surprised how MANY Senators are on that list--many of my favorites. WHY? Because we are LOW on their radar screens. They don't take the calls, their STAFFS do--and that is who will be listening to your request. MAKE FRIENDS, but make your point!
HELP US RISE TO THE TOP!!! Even if they are NOT your Senators, make the call, write the email, rattle the cage!
______________
This came in this morning from my sister: 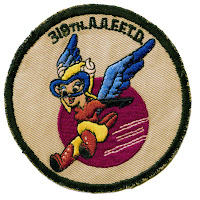 This has got to be a PRIORITY for us all, or it will not happen. And, when everyone has made that call or written in the email form, then they, too, have pride in pushing it forward...making it happen FASTER than perhaps it would on it's own. That's the point, here..... TIME IS CRUCIAL!!!!!

MAKE THE OFFICES OF CONGRESS BUZZ ABOUT THIS BILL AND ALL THE CALLS THAT COME IN!!!!!

YOU, SEN HUTCH OFFICE, CAN'T DO THIS ALONE.....ALL THE SENATORS, ALL THE CONGRESS MUST INDIVIDUALLY SIGN...AND THEY NEED TO BE MADE AWARE THAT THEY MUST SIGN NOW....NOT NEXT WEEK.
Contacting them is SO easy....just takes a little time.
_______________
If you have endorsement letters, email me and I'll forward them directly to Sen. Hutchison's Military Legislative Fellow.
THANK YOU ALL FOR YOUR HELP, YOUR SUPPORT AND YOUR PRAYERS!
nancy
Posted by buglegirl at 9:23 AM 1 comment: