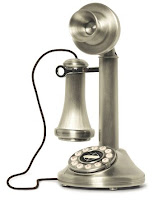 Let me name this post exactly what it is: NOT JUST A CALL TO ARMS --BUT, more appropriately, A CALL TO CALL!!
My mission is to motivate those who read this to ACT on behalf of S.614. TIMING IS CRITICAL--AND NOW IS THE TIME! With that in mind, I'd like to share a story with you--don't worry, it's short.
As most of you know, my mom is a WASP. In fact, she is the reason that Wings Across America has accomplished MUCH of what WE have done--because it is a partnership--between me and my mother, the WASP.
There are 3 other things that are important to this post:
So, in the spirit of those 3 facts, I will share a story.
On a rainy Monday a few weeks back, after reading the list of Senators who were supporting the bill, Mom noticed more than a few names who were NOT on the list of Co-Sponsors of S.614. These are not our Senators, but she said "I know that if they knew, they would support the bill!"
So, in a spontaneous moment, she picked up the phone and called one of those Senators. A young woman answered the phone--and all I heard was mom's end of the conversation: "Hi, I'm Deanie Parrish--I was a WASP in WWII. WASP. W A S P. Do you know who the WASP were? Really? They were the first women in history to fly America's aircraft! They flew every type of plane and on every type of mission flown by the AAF during World War II except combat." And then she said, "Really? You were a HISTORY MAJOR? That is unbelievable. That is exactly why we need Senator ___'s support of this bill! You weren't taught about the WASP. Everyone in America, especially our children, need to know about this group of women pilots. It is important, don't you think? We believe this bill will help make that happen!"
She went on to have quite a conversation with the young woman, in fact, I think she made a new friend. She invited her to visit the "FLY GIRLS OF WWII" WASP exhibit that is on display at the Women's Memorial, gave her all the web addresses--and, after hanging up, mom said the young girl was excited. So was mom.
She went on to do this several more times. In every case, no one ever asked her where she was from. I think that is important to remember. If you take the time to call, then it must be important--and they do listen. They also LOG every call.
Let me encourage all of you: PICK UP YOUR PHONES AND DO THE SAME! I know you are not a WASP--but, you care, and that COUNTS! ABSOLUTEY EVERY VOICE NEEDS TO BE HEARD. Share a little of this unbelievable history with WHOEVER answers the phone. Bet you a diet coke they won't know who the WASP are. And if they do, even better! Tell them how incredibly unusual that is--and ask them to share it with their Senator! Tell your story--the one where you tell them WHY you care so much! TELL THEM WHY AMERICA SHOULD CARE!
TIME IS SHORT. EVERY PHONE CALL COUNTS.
If your Senator is on board, then call one from the state next door, or one whose name you recognize--or one you don't. Make a new friend at the switchboard--and press on! If you have free minutes, CALL THEM ALL!
GIVE THIS YOUR BEST EFFORT. THAT IS ABSOLUTELY WHAT THE WASP DESERVE. IF WE DON'T ACT NOW, IT WILL BE TOO LATE FOR SO MANY WASP.
PHONE LIST OF UNITED STATES SENATORS
God bless you all,
Nancy Parrish
PS: 2 of the 3 Senators mom called are now Co-sponsors of the Bill. #3 should be signing on next week. Don't know if her calls made the difference, but we'd both like to think so!
PPS: I just posted an obituary for WASP Sarah Symmes, who died on March 15, 2009. I didn't know until the notice appeared last Friday in the Denver Post.
Posted by buglegirl at 7:21 AM No comments:

The bill to award the WASP the Congressional Gold Medal is making some headway, but our journey is NOT OVER until TWO THIRDS of both houses sign on as Co Sponsors.
THANK YOU to Senator Mark Udall of Colorado, Co-Sponsor #39, and THANKS to the 136 House members who have signed on to co-sponsor the HOUSE version of the Bill--even though it has not yet been introduced.
Congress has been off on 'Easter Break' but will resume work next week. At that time, the bill will finally be introduced in the HOUSE. That will be the perfect time for a BIG PUSH.
THE PLAN: Check the list of senators, and if yours is not on the list, CALL THEIR OFFICE! CALL and politely ask if they know who the WASP ARE? Then ask why their name is NOT on the bill! Make friends with whoever answers the phone. If your Senator is on the list, call one in the state next door--or call them all! CALLING WILL MAKE A HUGE DIFFERENCE--IT WEIGHS MORE THAN AN EMAIL!
This is not a Republican or Democratic issue, it is an AMERICAN issue. It does not benefit any one state, but our entire country. This is a 'do the right thing' moment--and we should give all those representatives who have not signed on the opportunity to do so! It is their chance to help us all say 'thank you' to the WASP and to honor their service.
So, stay in touch--post your thoughts at the bottom of this email--and let us begin the GIANT PUSH to GO FOR THE GOLD!
Posted by buglegirl at 6:08 PM No comments: