Thank you to Senator John Cornyn of Texas for signing on to Co-Sponsor S.614. That makes 33 so far.

Please keep updated on what is happening--by visiting the S.614 page.

Mighty things can be done by one voice joining another voice--So, WELCOME TO THE CHOIR!

nancy
Posted by buglegirl at 5:28 PM No comments:

Flournoy is one of 300 surviving Women Airforce Service Pilots who soon may be recognized for their efforts during World War II. In all, 1,102 female pilots served.

"Their service paved the way for all women who serve valiantly in the military today," said U.S. Sen. Kay Bailey Hutchison, R-Texas, who recently introduced a bill, co-sponsored by all female members of the Senate, to award the women the Congressional Gold Medal, which is awarded for exceptional service to the United States. The U.S. Mint designs and creates each medal to uniquely represent the individuals being honored.

"Each of these women are fascinating," said Deanie Bishop Parrish, one of the female pilots and associate director of Wings Across America, a group that has compiled interviews with about 100 of the women. "They're all different, but each has the can-do, just-get-out-of-my-way-and-let-me-do-it spirit."

Unlike their male counterparts, the women were civilians and had to complete pilot training before being considered for the program. Flournoy completed a pilot training program in early 1941 at a junior college in Joplin, Mo.

Later, while working as a grinder at a defense plant making dies for bullet-shell casings, she learned about the call for female pilots. She quit her job and took a bus to Kansas City to volunteer.

Once accepted into the program, (--added for accuracy--SHE COMPLETED OVER 5 MONTHS OF ARMY AIR FORCE FLIGHT TRAINING) she was taken by train to Hondo, where she lived in a barracks with other female pilots while working the next year and a half flying a variety of aircraft. Sometimes, she did training flights for male navigation cadets. Other times, she flew in short spurts to break in engines, she said.

After the war, the women paid their own way home. Families of 38 of the women who died in the line of duty bore the costs of transporting their bodies home and conducting funerals.

It was 1977 before the women were granted status as veterans.

After her service, Flournoy said she "wrote to every address I could find to continue flying." And that's how she came to Alice, where she lived for nearly 60 years. She landed a part-time commercial pilot job there in early 1945.

She met Lucien Flournoy there. He was a petroleum engineer in 1945 for an Arkansas company that her boss's drilling company was working with.

"My boss asked if Lucien wanted to meet his pilot," she said. "He was surprised I was a gal, and he didn't waste much time asking me for a date."

They married a year later and during the next 20 years raised three daughters before she flew again.

In the mid-1960s, Lucien, who died in 2003, bought an airplane for a charter service he launched.

"While it was for the business, he told me it was mine," she said. "So I called it mine whether it was or not."

She flew to annual Women Airforce Service Pilots reunions until about 1985, when an oil-field recession required selling the airplane, she said. She hasn't piloted since.

"I was sorry to let it go," she said. "I had to take an airline flight to my next reunion, and it wasn't the same."

Corpus Christi Caller-Times
Posted by buglegirl at 3:13 PM No comments: 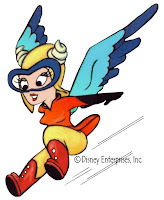 Senators offices are SWAMPED with requests every day, as you can imagine--specially now, in these tough times. You can actually see the bills pending --S.614 is in the Banking Committee online: where there are 46 bills pending as of today.

ONLY A SOLID PUSH EFFORT BY SUPPORTERS WILL GET IT THROUGH TO THE END. Senators LISTEN to voters. If we can encourage our own Senators that this is absolutely the RIGHT THING TO DO, then the HOUSE will be much easier--because we will need TWO/THIRDS there as well.

Calls, emails, visits, letters or singing telegrams--ANYTHING that will get their attention--there are 70 Senators who need to be NUDGED--and we only need 37 to join us-- However, wouldn't it just be wonderful if they ALL signed on!!!

Call this a GRASSROOTS PUSH--which is just as important as the wonderful work that Senator's Hutchison and Mikluski's offices are doing. IF YOU HAVE IDEAS, EMAIL US!!!!! LET'S SHARE.

Nancy Parrish, Director and Legislative Novice
Wings Across America
Posted by buglegirl at 10:22 AM No comments: